Shelters for the spirit

Since before 1170, there are notice of Christian hermits living on nowadays is the hermitage of Mare de Déu del Montsant. The beauty and lonely of the place led project to build a Cistercian monastery, but the idea was abandoned probably by the lack of water.

In the hermitage of Santa Magdalena, under the renaissance building, you can visit the cave where lived Friar Llorenç Julià. This really loved character by the villagers of Ulldemolins of XVI century. His lives passed between contemplations, prayers and healing the sicks with the help of herbs. There's no doubt that this mountain invites to serenity, something really necessary in this times.

ROUTE:  From Albarca (815m) out toward the mountains, keeping the white and red landmarks of GR171, which we don't leave until arrive to Santa Magdalena. Ten minutes later you arrive to the "Pla dels Hostalets". The ruins of the ancient inns remember that here passed the old trail that went from Reus to Fraga.

The itinerary continues straight uphill along a weathered and battered stretch that goes to Montsant by "Grau Gran". The trail constructed in the seventies, made disappear the biggest part of the trail and disfigured completely the beautiful trail between rocks that allows you to arrive to "pla del Grau".

From this point, it is planned following the landmarks which tend to right, to the cliff, to find the hermitage of Mare de Deu de Montsant, which is really close. Behind the hermitage starts a trail which crosses and absolutely amazing  of the shade part of Montsant. Piking and flanking arrives to Pi de la Carabasseta (1030m).

Here we must take the derivation of the GR, which, at the right, goes down to Santa Magdalena. The trail to Albarca is not indicated but it is obvious because follows the foot of the mountain until "pla dels Hostalets", near Albarca

There is water in Santa Magdalena, but doesn't flow all the year. 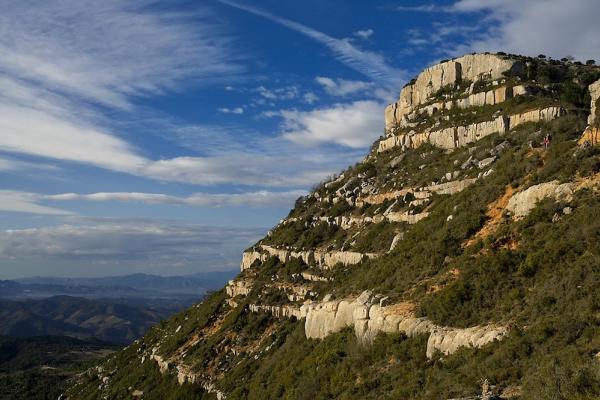 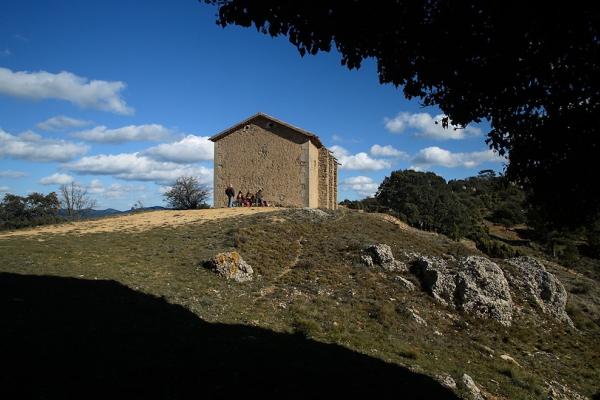